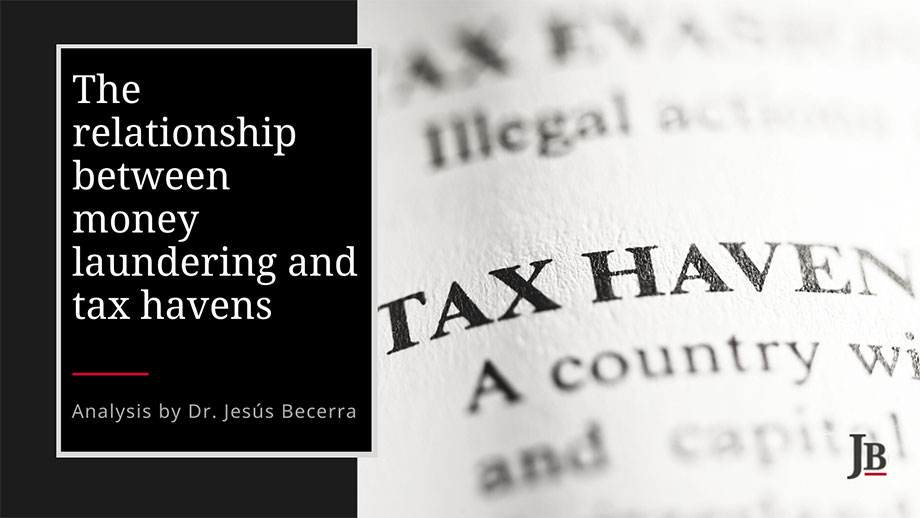 ​​What is the relationship between money laundering and tax havens?

Tax havens are usually territories characterized by very low or no taxation and little or no transparency regarding tax information. They also tend to guarantee the so-called banking secrecy and therefore offer a banking system conducive to preventing the detection and investigation of assets. In this sense, banking entities in tax havens fundamentally offer two great advantages:

1.) The opening of secret and protected bank accounts by means of a numerical code that makes it possible to separate the names of the holders of the depository accounts from the bank accounts themselves;

2.) They facilitate the constitution of commercial companies whose partners can remain anonymous (through professional secrecy) and their administrators are usually commercial agents who are residents of the tax haven itself.

For this reason, organizations such as the OECD and the European Union itself have drawn up lists of countries that are reluctant to cooperate and that could therefore fall under this more colloquial concept of “tax haven”. In the Spanish case, those countries or territories that sign an agreement with Spain to avoid international double taxation with an information exchange clause or an information exchange agreement on tax matters would cease to be considered tax havens in which it is expressly stated establishes that it ceases to have said consideration, from the moment these conventions or agreements are applied.

Therefore, the relationship between these territories and the crime of money laundering is close, since they are ideal places for tax avoidance and evasion: bank secrecy and little or no cooperation offer legal protection to the perpetrators of subsequent money laundering. As is known, this crime is characterized by the concealment or cover-up of the criminal origin of the assets and therefore a causal relationship could be established between tax havens and the subsequent money laundering activity that necessarily tends to take place in a different territory.